Dobies was founded in 1809 as a Tallow Works at 4 & 5 Orchard Street, manufacturing best quality and long burning candles as well as supplying by-products to the local Soap making industry. Dobie saw an opportunity to get involved in Glasgows long but almost dried up association with the importation of Tobacco, and he became a processor and manufacturer of Tobacco products in tandem with his Candlemaking.
By the mid 1880's Dobie had outgrown his premises in Orchard Street so commissioned a new factory in the North end of the town at Clark Street, and Tobacco and Cigarettes became the chief products however he did also build a Tallow works here, the Factory being inaugurated in 1890. Dobies created the Brand Name 'Four Square" which became world renowned and it was often a topic of debate as to how the name came about, some suggesting it was because you got a 'square deal' with the Brand, others insisted that it was from Paisleys Four squares ie County Square, Dunn Square , Orr Square and Ralston Square!
Come the 'Thirties and Dobies had once again outgrown itself so commissioned a new extension to be built at Greenhill Road, awarding the job to acclaimed Paisley Architect James Steel Maitland. Maitland had been involved in the design of the Russell Institute, the Royal Alexandria Infirmary and Robert Cochrans Warehouse and Shop in Gauze Street so had a very distinct style which he brought also to the Dobies project, creating a fine 'Art Deco' look building which was occupied from 1936.
As the years went by and after a steady decline in profits due to competition, Dobies future in Paisley looked bleak and yet another loss declared in August 1955 helped seal its fate, by December that year the local Employment Committee were urging the Ministry of Labour and National Service to find an alternative business for the site.
Dobies was bought out by Godfrey Phillips and by 1956 the old factory, known as 'Greenhill Works' on Greenhill Road was shut down and closed later to be taken over by Blackwood & Morton of Kilmarnock (BMK) who were Carpet manufacturers .

Dobie's Memorabilia  (owned by Gordon A) 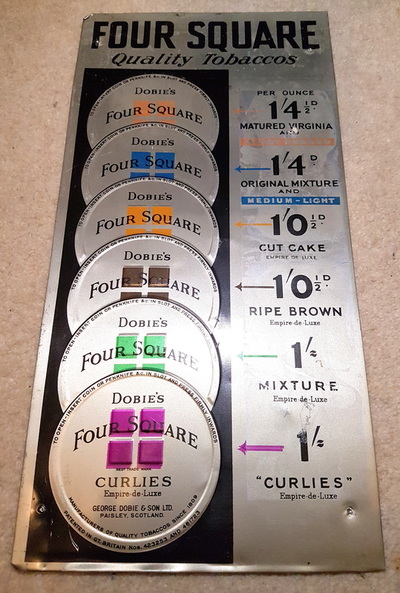 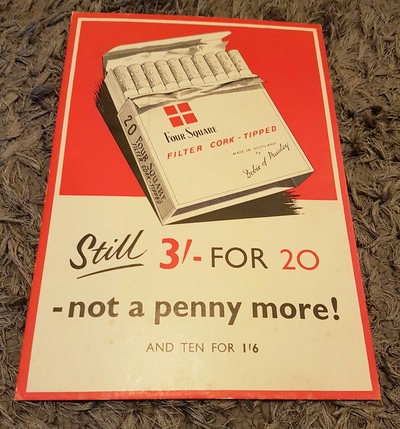 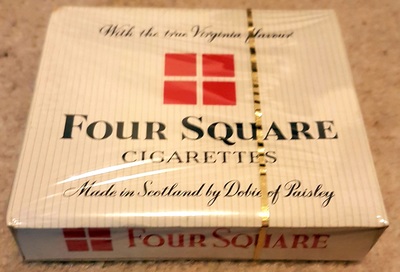 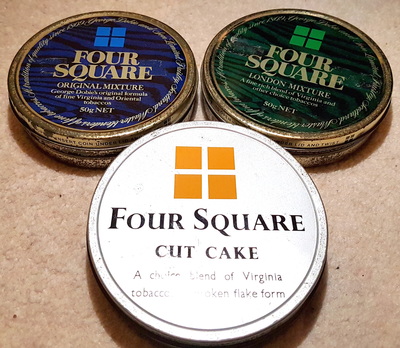 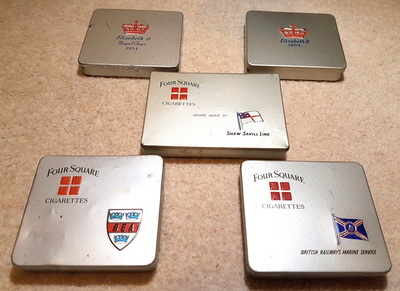 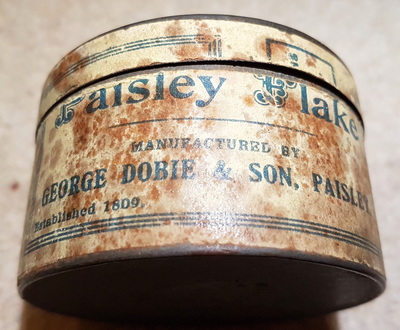 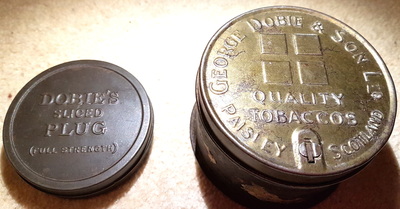 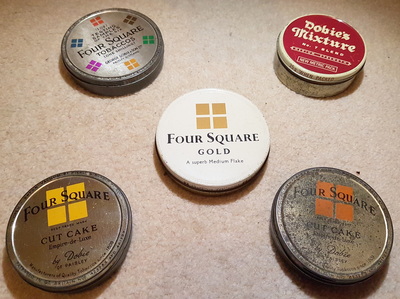 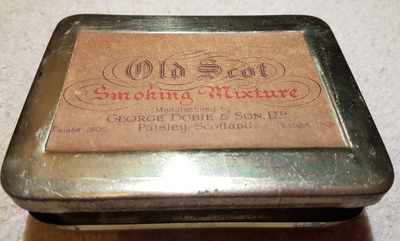 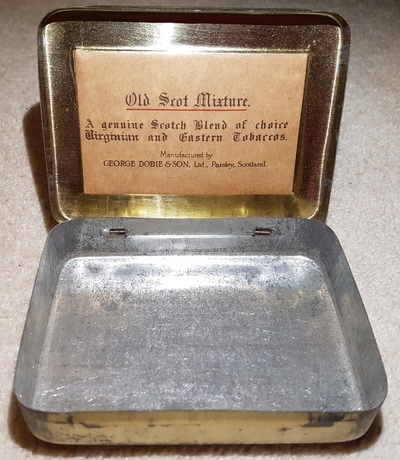 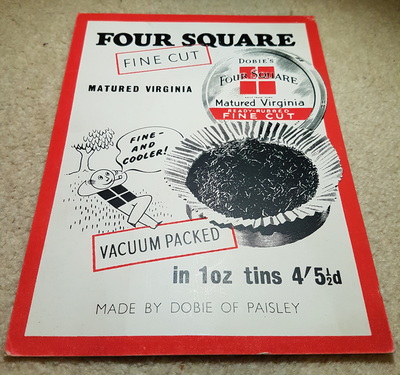 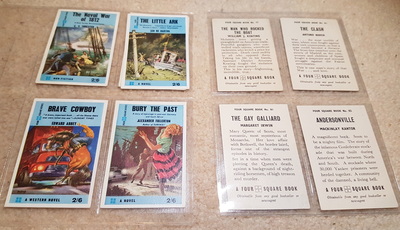 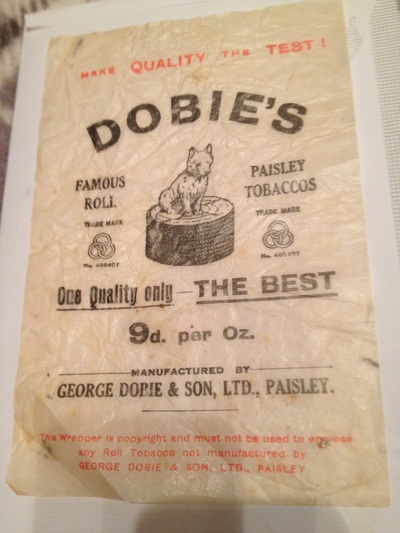 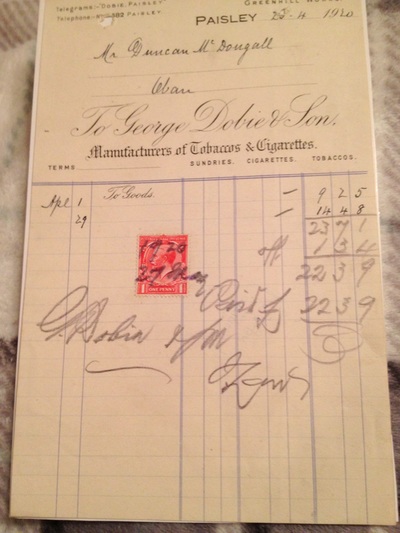 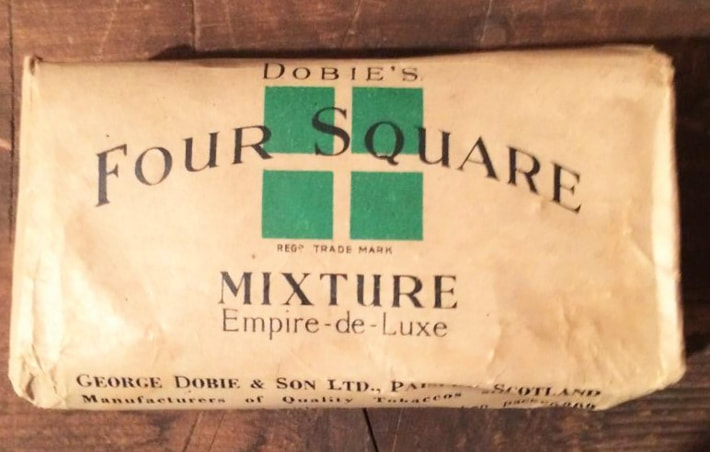 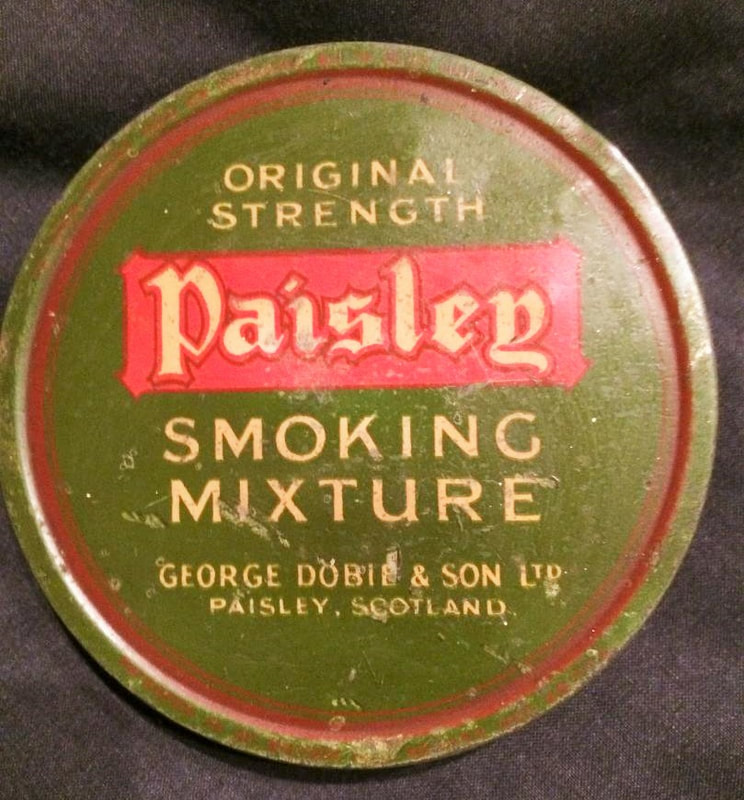 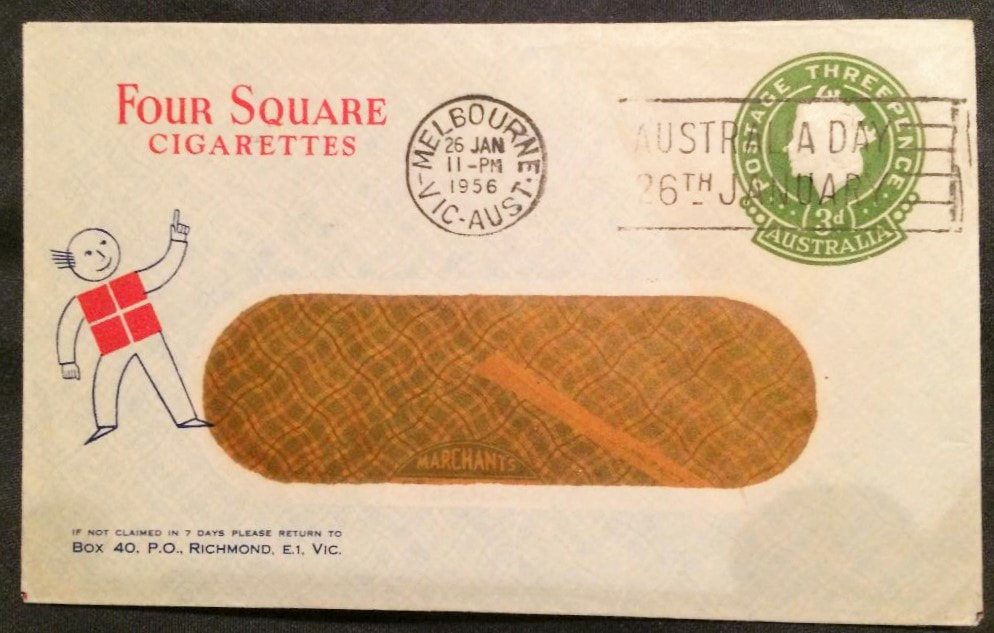 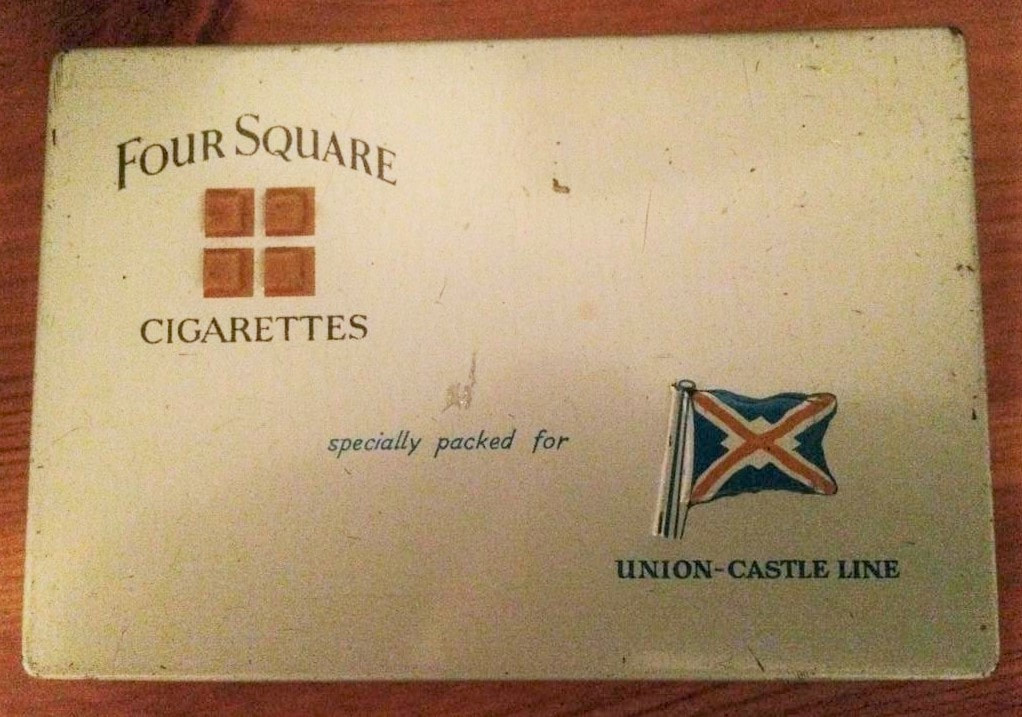 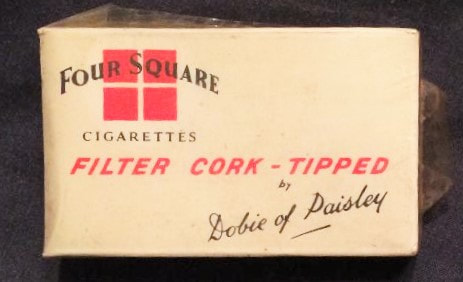 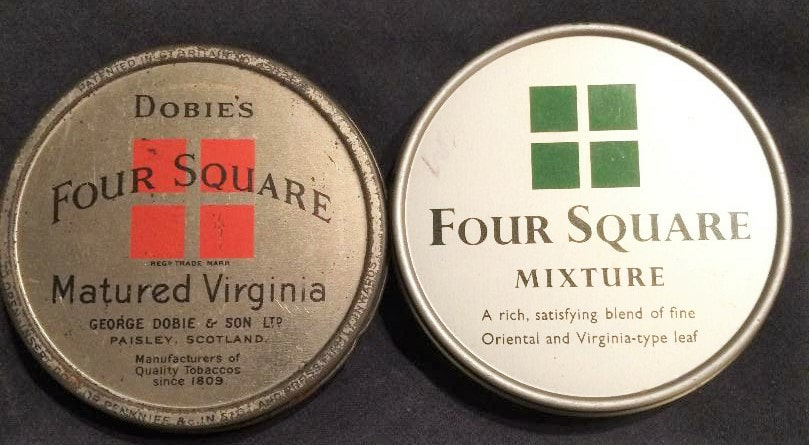 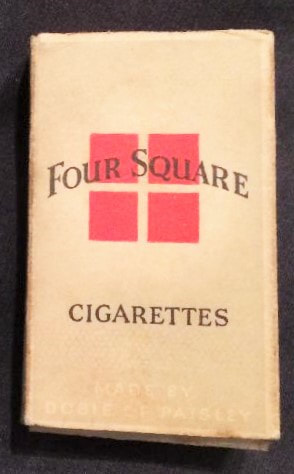